A Tribute To Frank B. Coakley 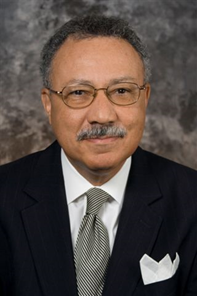 As cited in his Baltimore Sun obituary, Frank Brooks Coakley was a pioneering African-American banker who “worked tirelessly to help give clients a yes to their dreams.”

Mr. Coakley was the Chief Lending Officer at Baltimore Community Lending (BCL) from August 2015 to the time of his passing. From 2007 to 2015, he served as Assistant Secretary of the Maryland Department of Housing and Community Development where he was Director of the Community Development Administration (CDA). He also served previously as Assistant Secretary and Director of the CDA between 1995 and 2000.

Before his State appointment, Mr. Coakley was Senior Vice President/Branch Administrator for The Harbor Bank of Maryland. From 2000 to 2005, he was the Director of the Fannie Mae Baltimore Partnership office where he directed $1.2 billion in community development investment in Baltimore City and the greater Baltimore region.

Earlier in his career he was Executive Vice President of the Baltimore Community Development Financing Corporation, now known as BCL. He began his career in banking with Maryland National Bank, where he served as a Manager and Vice President.

He was known for mentoring the young, for his pleasant disposition and most importantly, for being the person who brought people together to solve problems, especially those related to housing and economic development in his hometown, Baltimore.