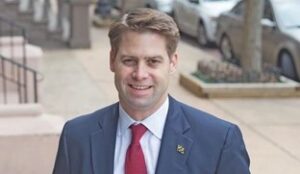 Register in advance for this meeting:
https://zoom.us/meeting/register/tJUuce-rqD4vGdC08mkm-J7_e8b71MtuyP1I
After registering, you will receive a confirmation email containing information about joining the meeting. 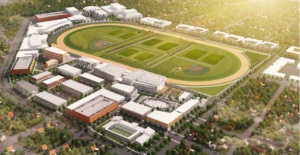 The future at Pimlico Race Course, and ultimately the Preakness Stakes, has been an issue in Maryland for decades.  The discussion came to a head in the 2019 legislative session when track owners, the Stronach Group, pursued legislation in the Maryland General Assembly that would have ultimately forced the move of the 2nd jewel of the Triple Crown to Laurel Park.  After defeating that legislation in 2019, the City and the Stronach Group came to an agreement in the summer of 2019 on a compromise that completely redevelops Pimlico Racetrack and preserves the Preakness in Baltimore.  More importantly, the compromise adds hundreds of millions in new investment in Park Heights through an innovative and transformative urban renewal project.

Bill Cole led the city’s fight in Annapolis in 2019 and served as the city’s lead negotiator in the discussions with the horsemen and the Stronach Group.  He remains the city’s representative on the Pimlico redevelopment and is now working with the Maryland Stadium Authority and the Baltimore Development Corporation on the phasing and construction plans.

Prior to joining Margrave, Cole served as president and CEO of the Baltimore Development Corp., the city’s economic development agency, since 2014, working to bring growth and jobs to neighborhoods, commercial areas and business districts in Maryland’s largest city. His leadership paved the way for development projects across Baltimore and added thousands of new residential units to a city with one of the nation’s fastest growing millennial populations in the United States.

Before joining the BDC, Cole was a member of the Baltimore City Council from 2007 to 2014, and served as the Associate Vice President of Institutional Advancement at the University of Baltimore for more than a decade. His public service also includes a term as a member of the Maryland House of Delegates from 1998 to 2002, and six years as a Special Assistant to U.S. Representative Elijah E. Cummings.

How can I contact the organizer with any questions?
Matthew L. Kimball, President, Baltimore Chapter
mlkimball@nilesbarton.com, (410) 783-6354