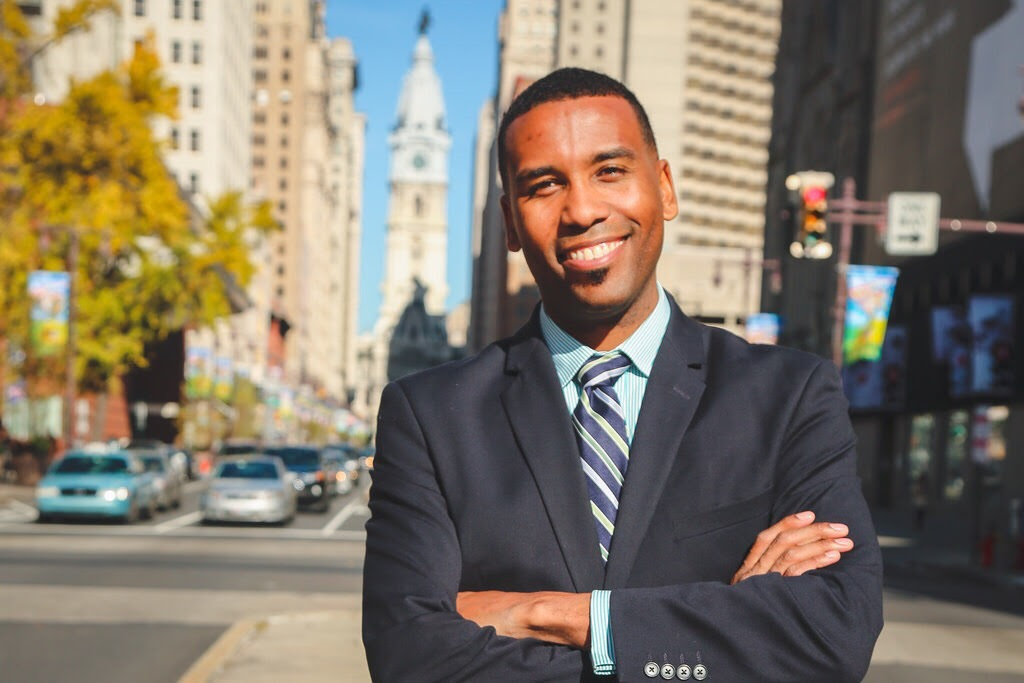 Jayson T. Williams is the co-founder and Chief Executive Officer of Mayson-Dixon Companies, a family of companies that was originally founded in 2015 as MD Strategic Consulting, a public affairs firm that utilizes campaign-style tactics to tell clients’ stories to achieve their missions. As the company grew, Jayson’s love of community organizing transformed into a passion for equitable community development. He has since started complimentary businesses such as, Mayson-Dixon Properties & Development, Modern Builders, Modern Suppliers, and Essential Title that combined with MD Strategic Consulting created the first turnkey community development firm that engages in neighborhoods, builds residential and commercial projects, solves complex supply chain issues, manages properties of all sizes, performs title work, and thoughtfully brings investment partners into thriving and underserved communities alike.

Applying this vertically integrated strategy in 2022 Jayson recently was able to broker a partnership across his business lines with Whiting-Turner for the construction of the new $190,000,000 Under Armour Global Campus, three (3) multimillion-dollar projects at John’s Hopkins University; a subcontract assisting Whiting Turner in building the new Johns Hopkins Hospital Tower creating lab space and renovating the hospital interior. Since its inception, Mayson-Dixon Companies has become one of Bloomberg/Goldman-Sachs 10,000 Small Businesses alumni, has thrice won the “Bridging the Gap” Achievement Award from the Greater Baltimore Committee for the firm’s work in diversity and inclusion, 2021 LGBT Minority Business of the Year by the Maryland Minority Contractors Association, and was voted in 2019 as one of Baltimore Business Journal’s Healthiest Employers for their investment in holistic employee health.

Prior to becoming a small business owner, Jayson had a distinguished career in public service working for the late Maryland State Senate President Emeritus Thomas V. Mike Miller, former U.S. Senator Barbara Mikulski, U.S. Senator Ben Cardin, and former Prince George’s County Executive
Rushern L. Baker, to name a few. Jayson was inspired to become an entrepreneur after his appointment by then-County Executive Baker to serve as the Vice President for Strategic Alliances for the Prince George’s County Economic Development Corporation. There, he was a part of the leadership team spearheading transformative community investment, small & minority business growth, the branding campaign for Prince George’s County, and playing key roles in enabling the development of the $1.4 billion MGM National Harbor.

An alum of St. Mary’s College of Maryland, Jayson has been named one of the 2018 Daily Record’s Very Important Professionals (VIP) Successful By 40 award recipients, 2019 40 under 40 by the Baltimore Business Journal, 2020 LGBTQ 40 under 40 by Business Enterprise Magazine, 2021 LGBT Business of the Year by the Maryland Minority Contractors Association and received the 2022 Trailblazer Award from the Reginald F. Lewis African American Heritage Museum.

Passionate about his non-profit work Jayson currently serves as the chair of the board of directors of the Pride of Baltimore II, Maryland’s Tall Ship, and sits on the board of directors of Lifebridge Health’s Levindale Hospital, Downtown Partnership of Baltimore, the National Aquarium and the American Red Cross of Central Maryland. In 2021, he was appointed by Baltimore County Executive Johnny Olszewski Jr. to the Affordable Housing Workgroup focused on ensuring safe, accessible, and quality housing is available to everyone in the County. Since 2021 Jayson has been a member of the Harkins Builders, Inc. Corporate Board of Directors.

Before starting his businesses, for over a decade, Jayson was an adjunct professor in the “Semester in Washington” program at the George Washington University’s Graduate School of Political Management, from which he also graduated in 2002. Many of his former students have gone on to distinguished careers in public service.